A newly-wed teacher was cheered on by her pupils on her special day after her family in Australia could not attend the wedding in person.

Leora Rudanksy, a teacher at the Independent Jewish Day School in Hendon, got married to Ben Gordon, a teacher at Yavneh College, last week.

Because of coronavirus, Leora’s family could not attend in person from Australia – but her Year 4 pupils decided to help her celebrate by lining the street with celebratory balloons and banners.

“My students were so invested in this wedding. They learned all the traditional songs for the wedding and sheva brachot so they could sing with us,” said the 29-year-old.

“Having them and the staff at school so excited about our milestone really brought that extra bit of simcha and ruach to the celebrations.”

The couple got engaged in September, making plans for a December wedding, hoping that Leora’s family could join them. 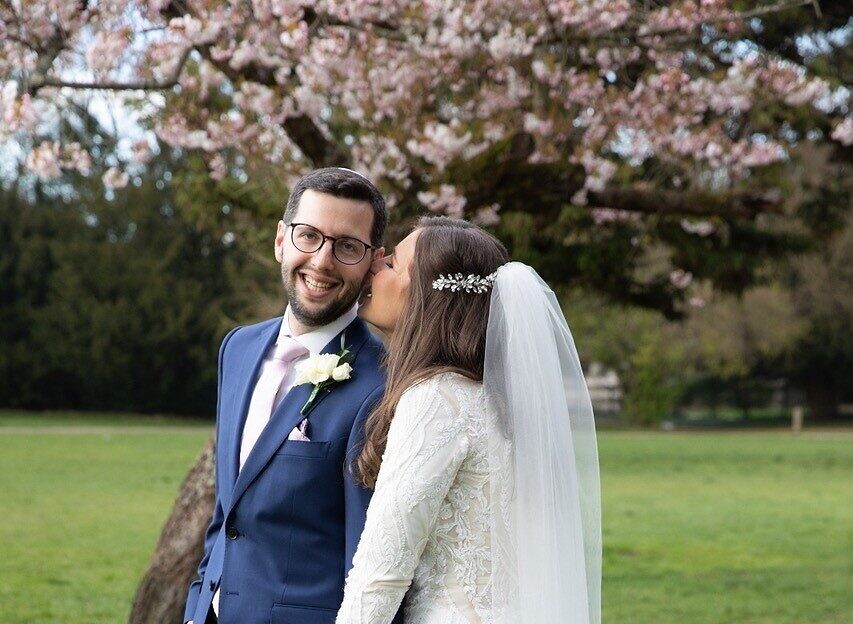 Leora and Ben on their big day (Image: Dina Erlich)

However, because of the lockdowns, the big day was pushed off until April.

“It was such a difficult decision, I was torn between wanting to marry the love of my life and having my parents at the wedding,” said Leora, who met Ben through a close friend shortly after her move to the UK.

“We wanted to wait, but the problem was that we didn’t know how long we’d be waiting.”

The new bride’s relatives attended the ceremony over Zoom, which took place in Ben’s parent’s garden in Stanmore, with a screen showing the bride’s family behind her.

Her parents held their own party in Australia, which allowed more attendees than the wedding in London. 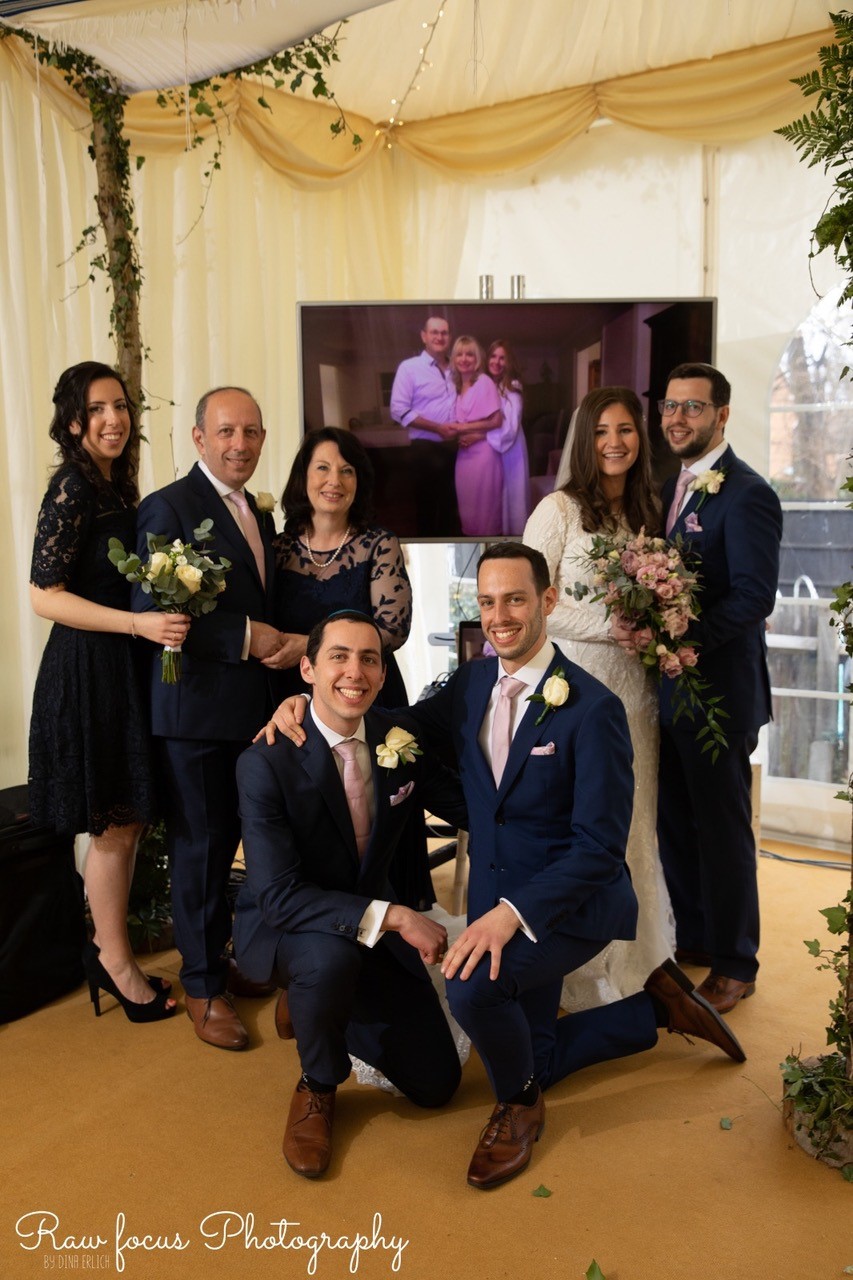 Leora’s students at the Independent Jewish Day School also held a party in school as they watched the ceremony over Zoom.

Then, days after the wedding, the staff and pupils made the newlyweds a sheva brachot celebration in the school hall.

Ben is the head of Jewish studies at Yavneh College, which also made a sheva brachot celebration days after the wedding for the newlyweds.

About The Author - Aggregator

This article has been aggregated from jewishnews.timesofisrael.com and they maybe/are the copyright owners of the same. If you are the Author/Copyright owner of this article and want us to remove the same then send an email to admin@weds.blog so that we can delete it immediately. We sincerely regret and apologies for any inconvenience caused to you due to the same. Though it is your decision but please take note that the link to your website and the article have been given above, within and on the bottom of the article.